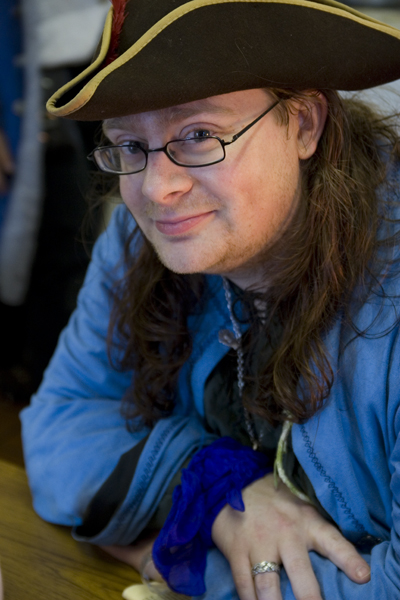 I was born the son of James Marshall Sr, in the tiny village of Shepsborn in the highlands of western Malathia. My father is a grandmaster blacksmith at arms, one of the finest of such in the entire land. Tradition dictates that my father's forge will pass to me when he retires, a fate I do not deserve; I am the single least talented blacksmith ever to have been trained by a grandmaster. Smithing requires patience, talent and attention, and I can devote it none of these things. I was given the name "Detail", as in "Attention to", and as in "Lack of". I have answered to no other for close to two decades.

Over the course of Maelstrom, Detail Marshall got religion, fell in love, was a priest to people, a priest to angels, got married, lost his love, and failed in the one thing he ever wanted.

With the end of the system, he is retired. In my own personal canon, he's an Eidolon of the Weaver now, and woe betide anyone who makes life hard for his baby cousin.

Go forth. for standard stuff, Don't even ask for NSFW.